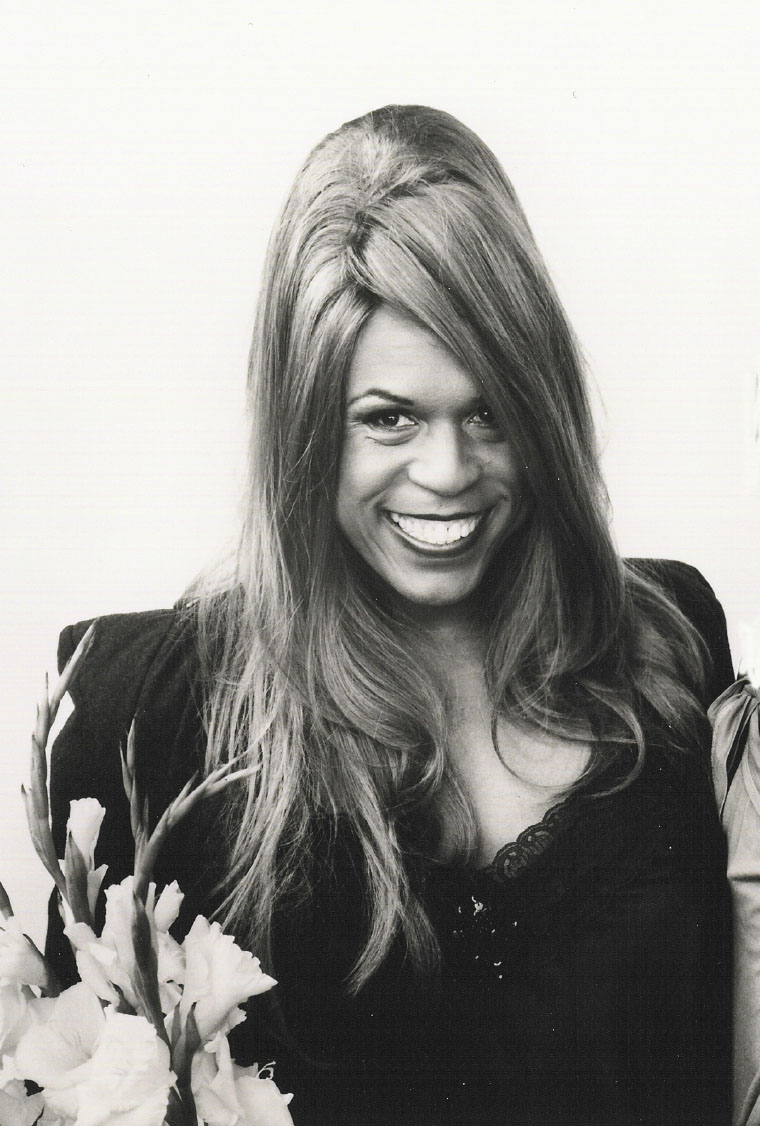 Dear Ms Vaginal Davis, you once said: „Archives are gossip, I'm a gossip queen and gossip is the one true endless archive.“* Before the screenings of films you curate from the Arsenal Institut für Film und Videokunst’ archive in Berlin you usually perform a reading of text filled with facts and gossip. In your blog Speaking From the Diaphragm** you muse about current events, memories, politics and event announcements right next to each other. Can you elaborate on this practice of yours and your relation to gossip?

Yes, Vaginal Davis Jr. is certainly a major gossip queen. This love and appreciation for gossip ties in with my unyielding fascination with Hollywood's Golden Age of Classical Cinema.

Gossip is one of the loftiest forms of human communication. That’s why it’s so sad and troubling that most of the professional gossip columnists in our modern era seem to be cuckolded and co-opted by the dullard industrial entertainment complex. It’s all part of the neo-liberal hegemony where the media is controlled by only a few corporate powers, who force their employees to be indentured servants for their reactionary agenda under the literal threat and intimidation of being axed and then substituted by a conformist pod. Or as Jack Smith would have put it, “a pasty Uncle Fishhook” or “milky mouth magnesiad Yvonne DeCarlo.”

My gossip heroines are the Hollywood Heritage era mavens Hedda Hopper and Louella Parsons, whose quick-draw-McGraw style of female radicalism dominated the industry from the 1920s to mid 1960s. Replacing them was new Hollywood's 'Ca-Rona Barrett whose Gossip Empire lasted till the early 1990s. These women, and the queer malcontents behind seminal publication After Dark Magazine of the ‘70s and early ‘80s, inspired my tone of writing that was exemplified during the queer ‘zine movement of the 1980s with my independent periodical Fertile La Toyah Jackson Magazine and its supplement Shrimp: The Magazine For Licking and Sucking Bigger and Better Feet. This off-kilter and irreverent style of mixing conjecture with facts. Critics accused me of making things up, but even I don't have that great of an imagination. My sources were the people who are the closest to stars and celebrities, the behind-the-scenes little people who are easily dismissed, like dry cleaners, hotel maids, limo drivers, fashion stylists, bar tenders, and caterers. When I was editor-in-chief of my high school newspaper it was ingrained in me that I couldn't publish anything unless I had confirmation from at least three different sources, and those habits are hard to break.

Gossip can't be contained by the feeble-minded Accountancy Clunkheads of the world. And with the internet there flourish unrestrained pockets of seedy stricheresque dissent.

What inspires me so much about your art, is how you use the power of storytelling and creating myths larger than life to undo with taboos and conventions in a humorous, queer way. You made zines, TV-Shows and even galleries in a punk DIY way without waiting for anyones approval. One of the origins of Interflugs is the Videozeitung, a glitchy newsreel about the Berlin student strikes of 1989/90, now she is turning 30+ and we are trying to recollect the herstory from the leftovers. Is fabricating a tale a way of making our own archives from the bottom up?

When I co-hosted the workshop ...I'm Not One to Gossip, So You Didn't Hear It from Me—The Lore & Lure of Archival Modalities with the brilliant Berlin-based lesbian theorist and scholar Nanna Heidenreich back in 2010 for the Arsenal Institut für Film und Video Kunst's Summer Curatorial School, it was Nanna who asked the pointed questions: What makes an archive? Do they emerge from dealings with relationships and people? Do they grow out of passion, obsession, idiosyncrasies, but also coincidences? Do they consist of stories, loose ends, wild associations, and true encounters? Are their ingredients constantly rearranged as memories are made up or fail? Is knowledge passed on, or forgotten and reinvented? Archives are gossip and gossip is the one true endless archive.

What is the latest gossip we need to know?

In terms of recent gossip within the political spectrum. I was quite intrigued by letters I received recently via post (snail mail) from two different young Americans ex-students of mine who have absolutely no connection to each other but passed on to me the remnants of a scandalous tale involving the openly gay billionaire contributor to conservative causes Peter Thiel, who seems to be sexually involved with the tight bodied Junior Senator from Missouri Josh Hawley who was one of the idiots who tried to circumvent the electoral college vote and helped incite the insurrection at the Capital Building. The other tidbit I heard is just too scandalous to repeat involving our new Vice-President Kamala Harris and her stepson Cole Emhoff.

* in a 2012 interview in LAWeekly with Libby Molyneaux: https://www.laweekly.com/vaginal-davis-performance-artist-on-why-her-pussy-is-still-in-los-angeles-though-she-lives-in-berlin/ ** http://blog.vaginaldavis.com/